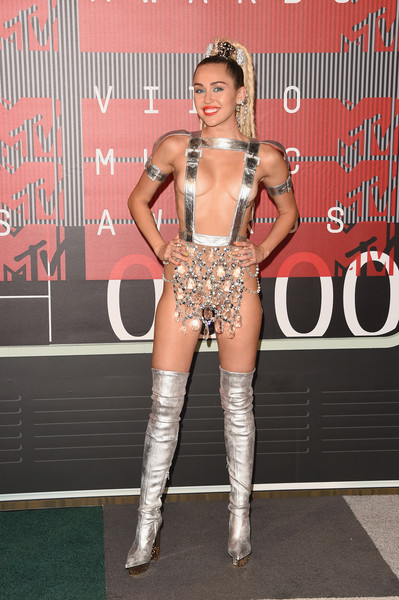 Miley hosted this year’s MTV Video Music Awards, and I love her red carpet look. It’s sassy, with a touch of Madonna, but it is fab. 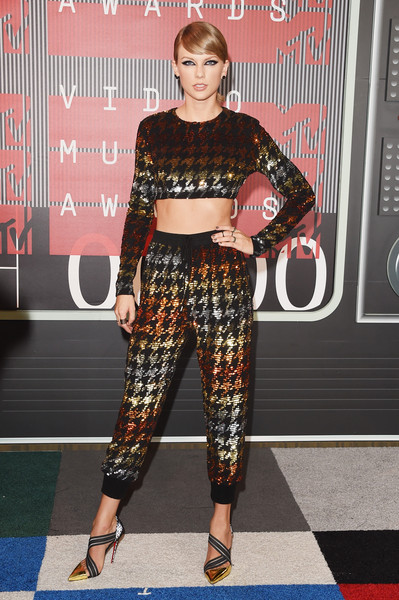 Taylor Swift arrived with her Bad Blood entourage in a metallic hounds-tooth crop top and pants and it is everything. It’s such a fun departure from the serious red carpet looks she usually goes for. 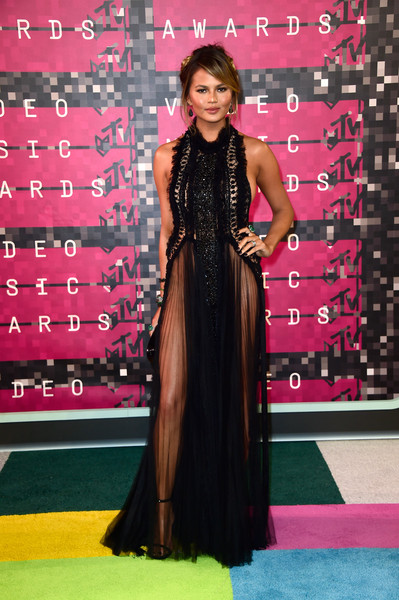 Chrissy Teigen went a bit risque with a sheer black, floor-length gown. There were a few flashes of leg and she looked stunning. 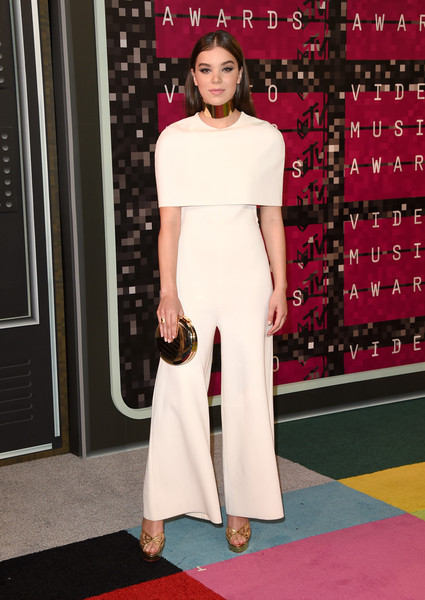 Hailee Steinfeld had one of the most polished and sleek looks on the red carpet. She paired her crisp bodysuit with a large gold choker and gold clutch. 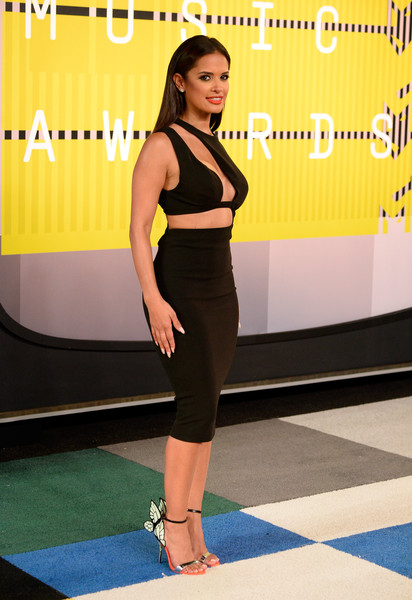 Rocsi Diaz rocked a black high-waisted skirt and crop top with an asymmetrical cut. Her winged heels added a touch of playfulness. 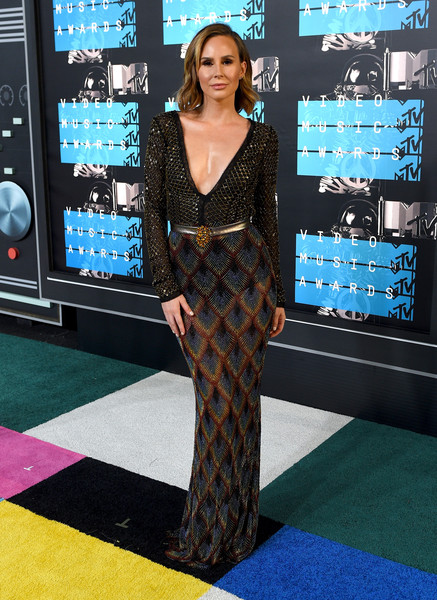 Keltie Knight wore an uber-formal gown; perhaps a little too formal for an MTV awards show. But it was gorgeous nonetheless, especially the sheer skirt. 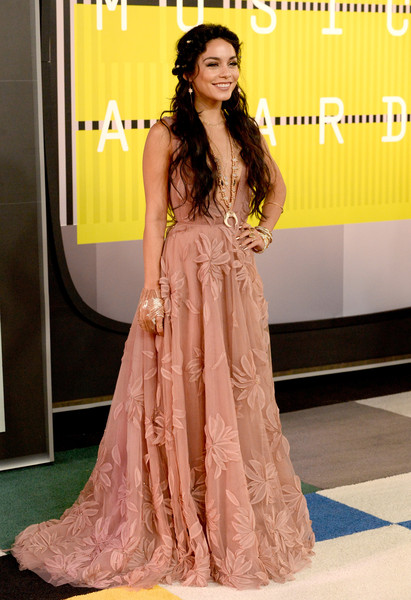 When is Vanessa Hudgens not a boho goddess? She rocked her signature waves, a gorgeous dusty pink dress, and tons of gold jewelry. 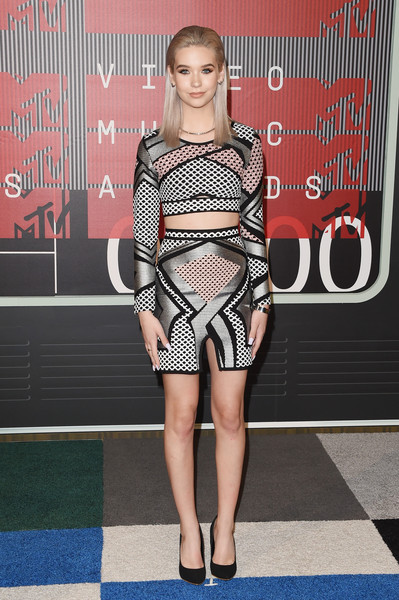 Amanda Steele’s outfit was one of several crop-top ensembles to walk the red carpet, but it was also one of the most interesting ones. It has a fun pink and silver pattern, plus it has a slightly metallic touch to it. 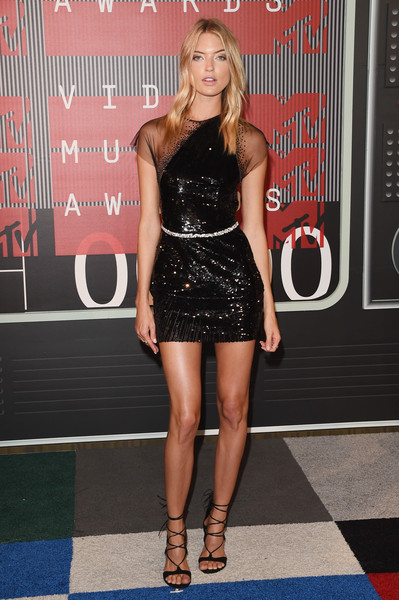 Martha Hunt kept it short and sweet in a black sequin dress with sheer sleeves and strappy stilettos. 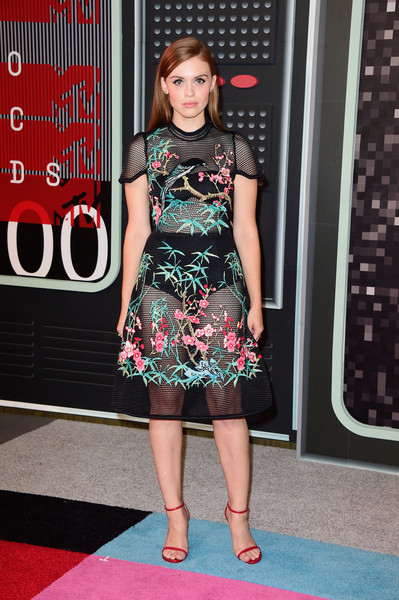 If you’re looking for a pop of color, look no further than Holland Roden. Her sheer black dress with pops of teal and pink were playful and totally VMA appropriate. 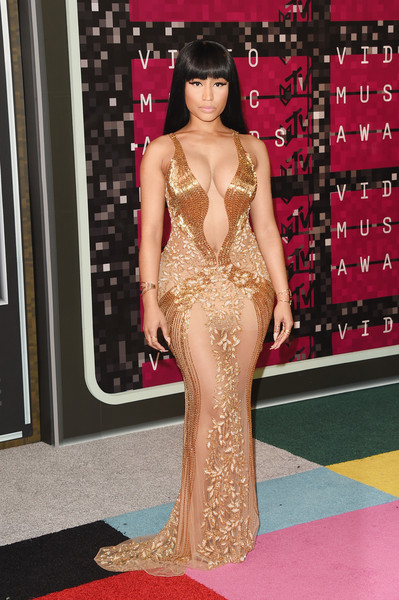 Nicki Minaj did what she does best. She owned the red carpet in a sheer gold dress with a plunging neckline. 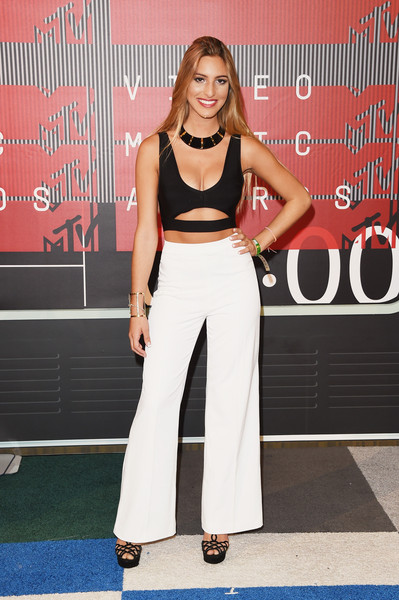 Have we mentioned crop tops yet? Lele Pons wore one of the several crop top/high-waisted ensembles and just like the ones before her, this one was sleek and stunning.